For the second time, the business magazine Capital has honored Germany’s best trainers. Of 700 companies, 154 were named “Germany’s Best Trainers”. With 18 points, IST Metz is one of the companies to receive the award and obtains 4 out of 5 stars on the rating scale.

More than 700 HR managers from all over Germany took part in an evaluation of their training standards consisting of 60 questions. Participants were large Dax corporations, well-known medium-sized companies and numerous smaller companies. The survey was divided into five categories, which dealt with the support and integrations of trainees in the company. Furthermore, the topics learning in the company, commitment of the company and the future chances of the trainees were evaluated. The fifth complex dealt with innovative teaching methods that the companies may use. The company information was evaluated using a special points system, whereby up to five points could be achieved in each of the categories.

In 2018, IST Metz employs 19 trainees and one dual student. In addition to professional training, the young people are also involved in the “Social Learning” project in cooperation with the Werkstatt am Neckar in Wendlingen in Southern Germany, where they work with mentally handicapped people. Other special features during training and studies at IST Metz include joint ventures, team-building measures and participation in dragon boat races or football tournaments. “We have put together an overall package which, in addition to professional training, is above all about strengthening the sense of community and social skills”, says Melanie  Fischer, personnel officer for training and further education at IST Metz. 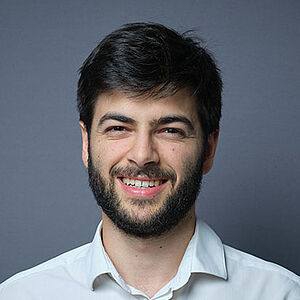